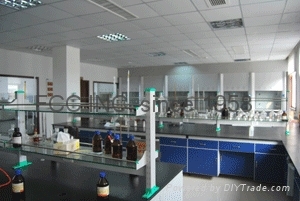 In 2019 been certified as the :Good Quality and good Faith Company of Zhejiang Province ,P.R. China

In Jan 2005 The company settled the Nanoclay / nano composites' project with three main polymer manufacturer in the world.

In Jan. 2004 ,the company started a new production line of organoclay advanced products .

In Dec. 2003 the Company started expending  bentonite business ,the  products including application for paper industry,environment protection fields,civil engineering including sealant componds for under ground enginering

In 2002, A  cooperation  with local University  for promotion nano  composition  started.

In 2000 , nanoclay been approved by China government  for commercial application .

In 1998, conventional organoclay awarded as  most  stable products in the  field.

In 1990, Bleaching earth been used in 10 main oil  companies in China.

In 1989, Old  facility for producing  purified bentonite clay been  replaced by  modern facility.

In 1986, Mineral based thixotropic agent  awarded by government .